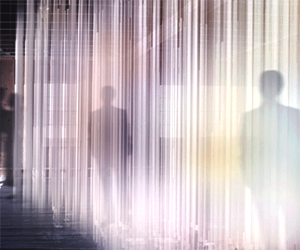 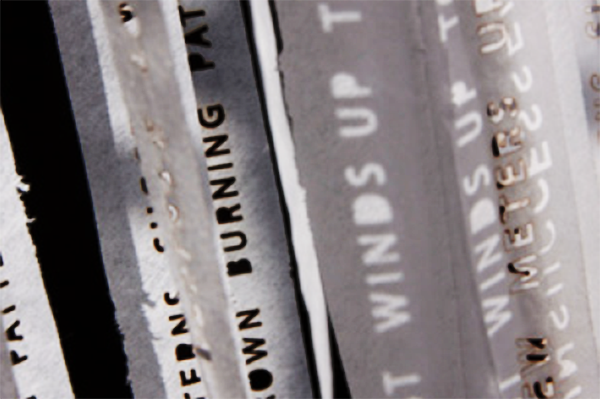 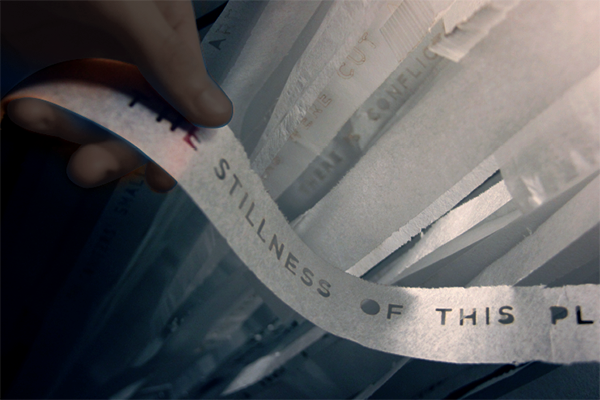 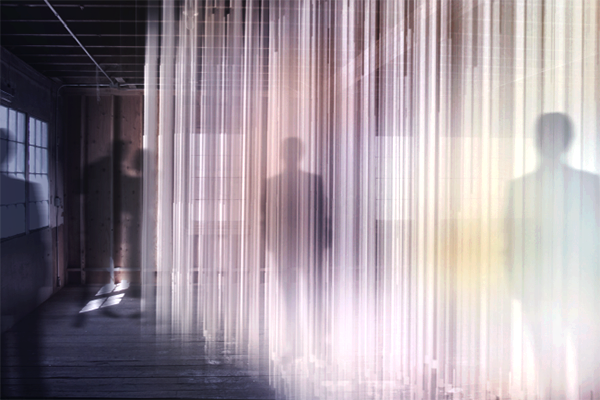 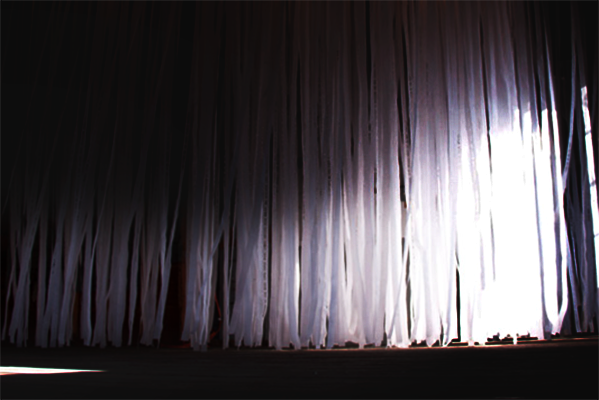 On July 10, 2001, The Thirty Mile Fire raged in the Sush River Canyon, within the Okanogan County Forest near Twisp, Washington. The fire grew to 9,300 acres before it was brought under control. Four firefighters were killed. It is the second deadliest fire in Washington state history. Lingering Smoke is an interactive media installation that collects and projects the story of the Thirty Mile Fire.
People can experience the contrast between fire as a contained mass, while standing outside the installation, and as an engulfing presence, when standing within the dense mass of stories. Inside the installation, individual voices and stories cut into suspended strips appear fragmented, each telling a different story of the fire. From the outside, the density of stories blends to tell a unified story of the fire as a whole. People can read and interact with the stories as they experience the aftermath of the fire.