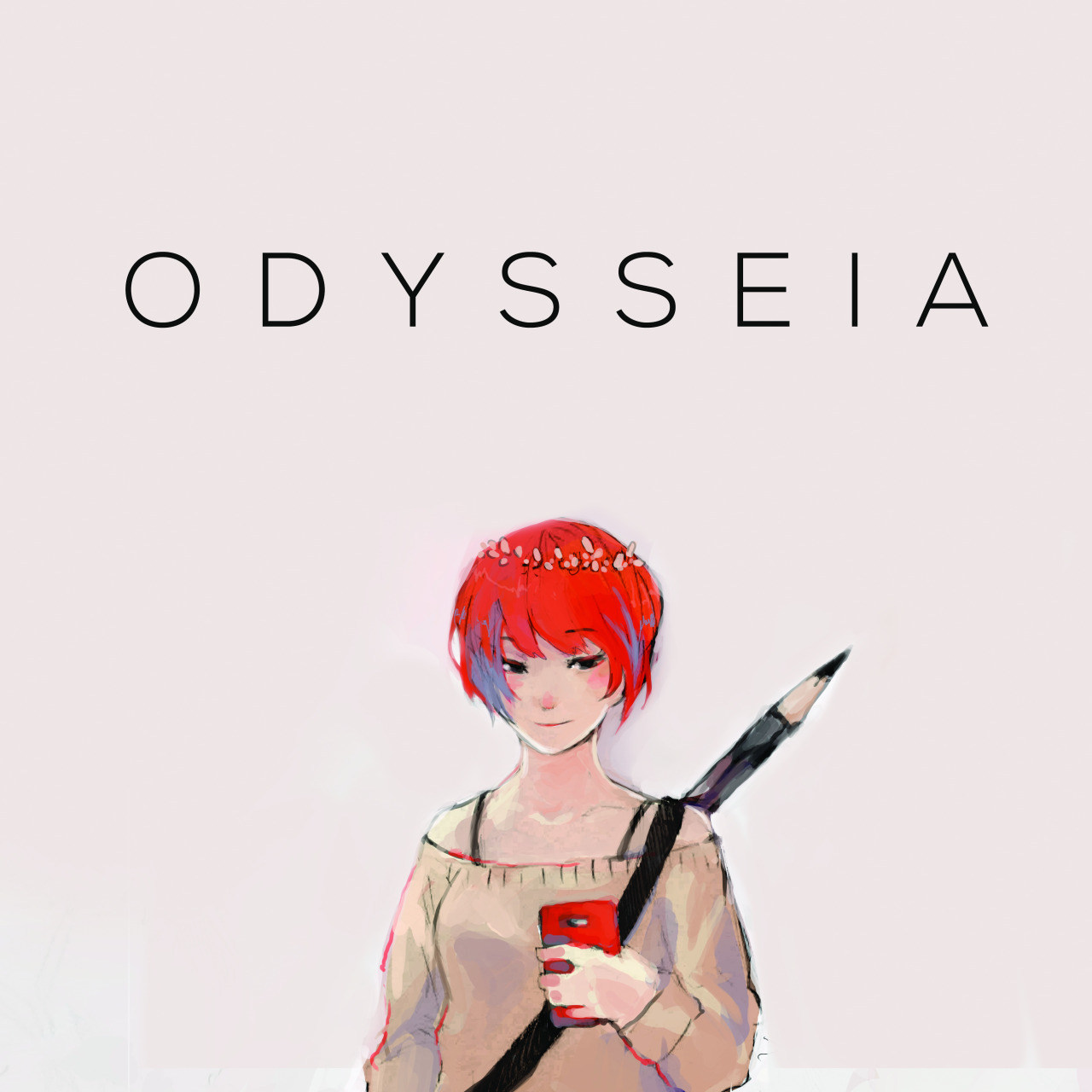 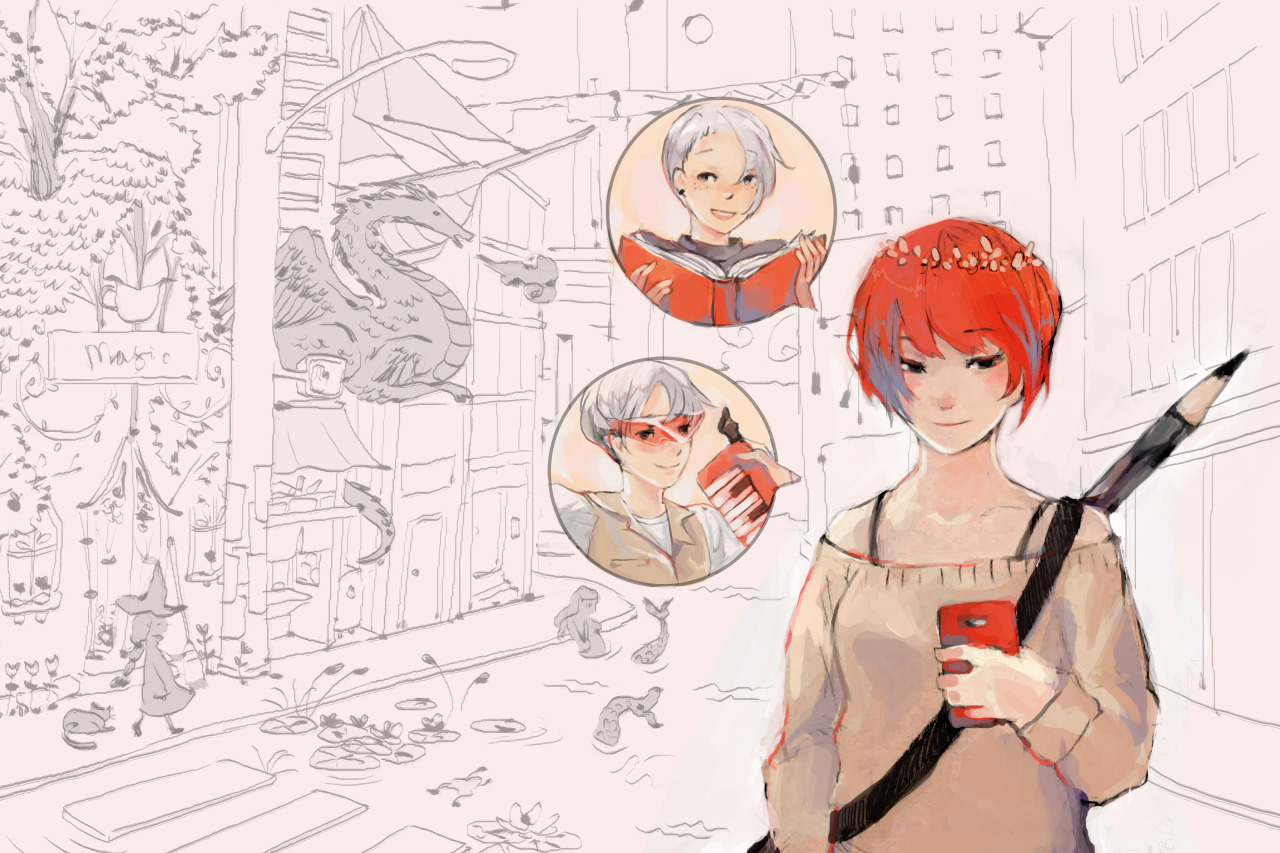 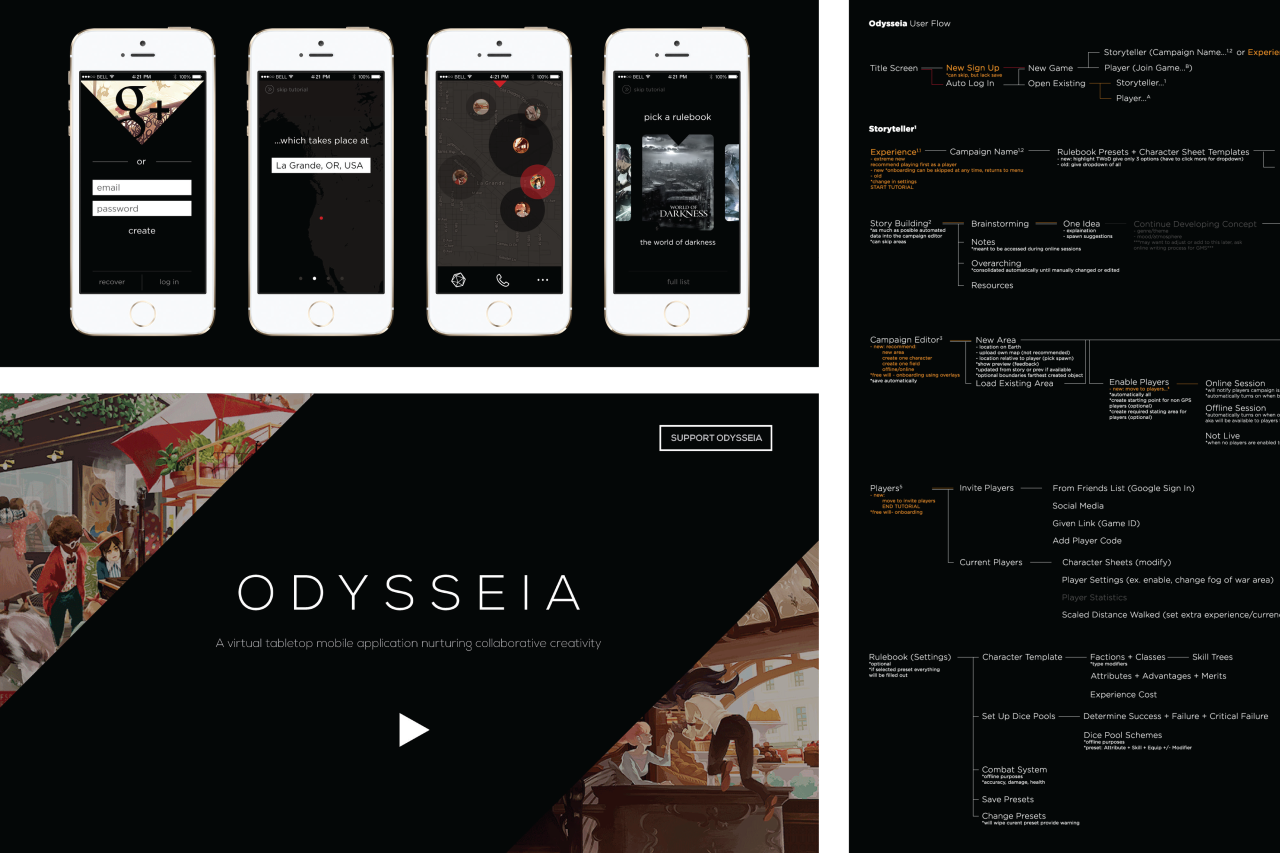 Role playing is a combination of improvisational theatre and oral storytelling, in which players take on the role of characters that exist through a shared imagined world. How can we facilitate role playing as a foundation for creativity among adults and as a tool for enriching community? Odysseia is an immersive role playing system that uses existing geography as the foundation of the players’ world. Our goal is not to create a new rule system, but instead provide a platform that allows these traditionally face-to-face games to be played on mobile devices and help storytellers shape a world they can build with others.